Cryptocurrency chart patterns appear when traders are buying and selling at certain levels, and therefore, price oscillates between these levels, creating patterns.  When price finally does break out of the price pattern, it can represent a significant change in sentiment.

But traders still need to be able to interpret the signals, manage their entry/exit points, stop loss levels, and even select those situations with the best chances of working. 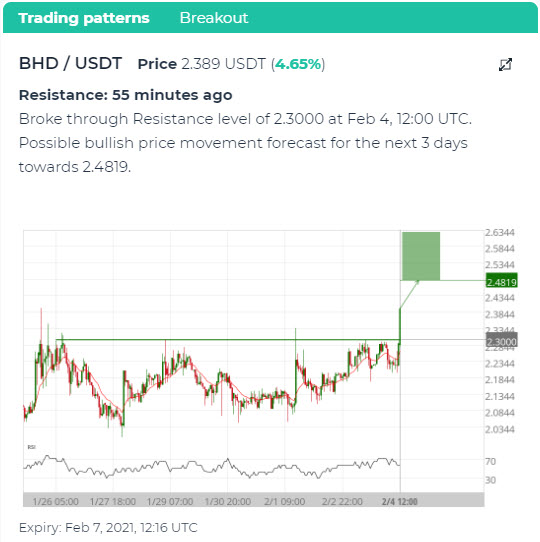 To help you remember various chart patterns and what they are signaling, we’ve put together a cheat sheet.

There are historical tendencies which dictate whether a chart pattern is generally considered to be a continuation or reversal pattern.  However, always remember that “continuation or reversal” implies what the pattern is likely to do and not what it will do.  In other words, these patterns work about 70% of the time.  That’s a solid winning rate, but there will be many exceptions.

Also important, notice that we distinguish between “emerging” and “breakout” (i.e. completed) patterns.  Emerging patterns have not broken out, hence, not completed.  Read more in our knowledge base.  These rules below apply to completed patterns (i.e. with breakouts). 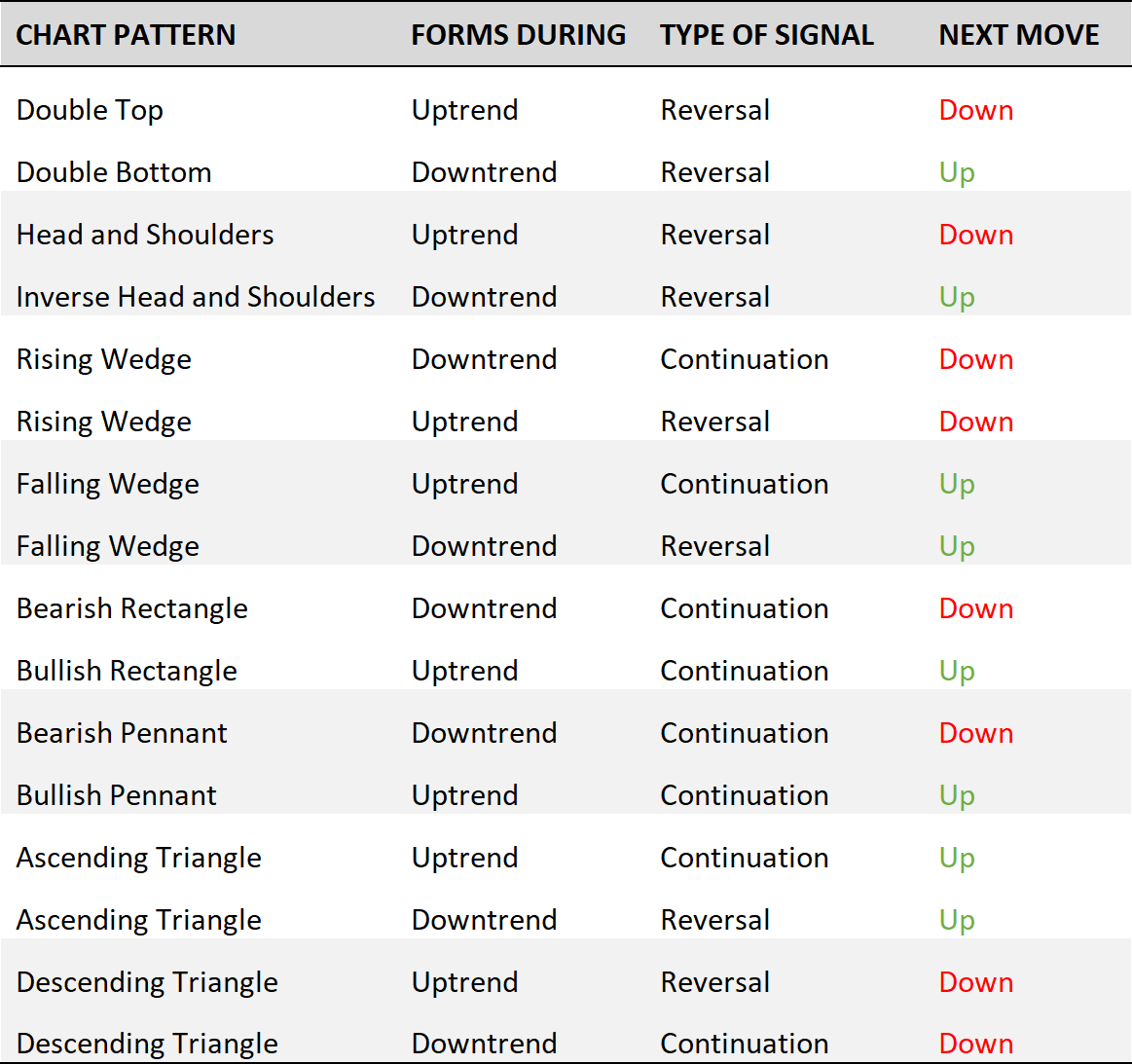 Example: BNB (Binance Coin) formed an Ascending Triangle in an Uptrend, which typically resolves in a continuation of a trend => UP.  And it did with a big candle and big volume, followed by another close or two above the triangle’s resistance line.  Profit target is set using approximately the height of the triangle at the starting point.