MACD turns two trend-following indicators, moving averages (12 and 26 days), into a momentum oscillator by subtracting the longer moving average from the shorter moving average. As a result, the MACD offers the best of both worlds: trend following and momentum.

MACD fluctuates above and below the zero line as the moving averages converge, cross and diverge. 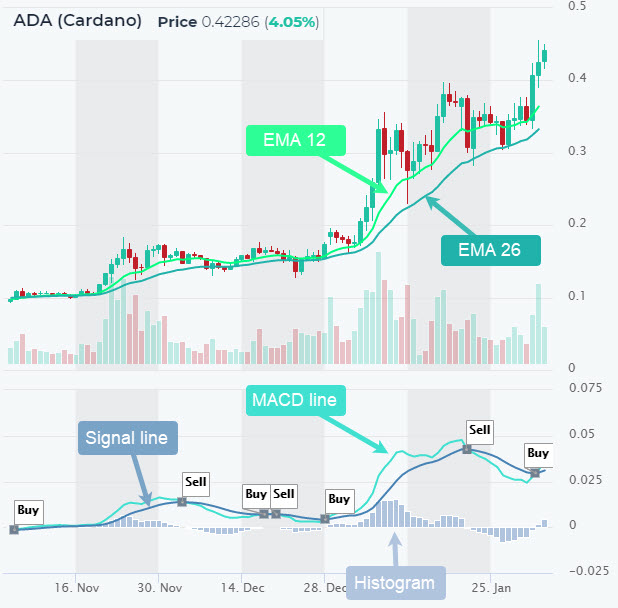 How to trade MACD indicator? To generate signals, crypto traders can look for:

4) Slope of MACD histogram – earliest signal, most underrated – be sure to use it!!

The signal line is a 9-day EMA of the MACD Line. As a moving average of the indicator, it trails the MACD and makes it easier to spot MACD turns.

In the chart of ADA (Cardano) above, note that when the MACD line crosses above Signal Line, our system shows a Buy flag, and vice versa for a Sell flag.

MACD above zero for a sustained period of time indicates an uptrend, and below zero, a downtrend. Potential buy signals occur when the MACD moves above zero, and potential sell signals when it crosses below zero. 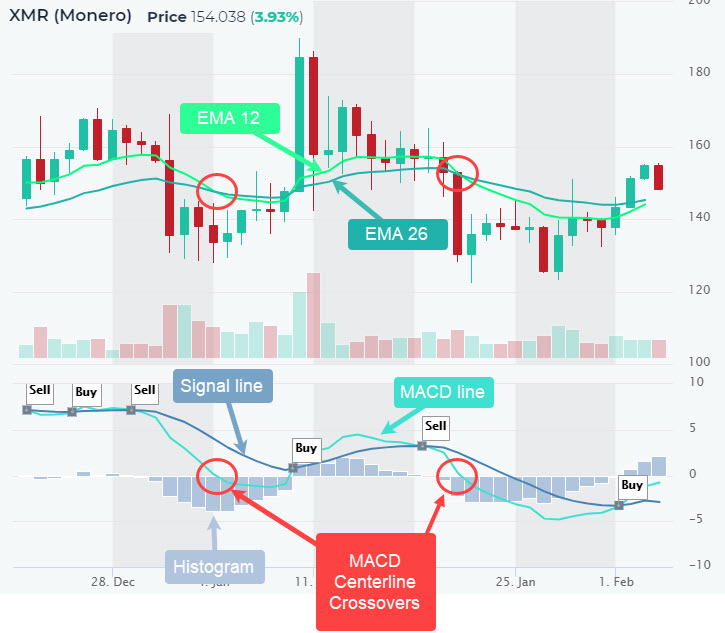 Trend traders also watch for divergences between MACD trends and price trends as a sign of a potential upcoming reversal and end of the current trend.

A bullish MACD divergence happens when cryptocurrency price makes a lower low (downtrend) but MACD makes a higher low.  This signals that the downtrend in price is losing momentum as the selling pressure eases with each downswing, which could indicate a reversal. 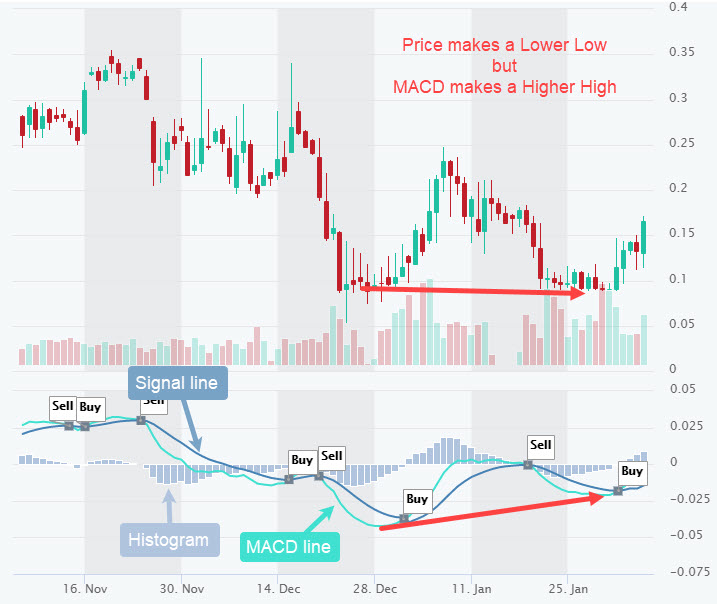 A bearish MACD divergence happens when cryptocurrency price makes a higher high (uptrend) but MACD makes a lower high.  This indicates that while the price is still in an uptrend, the momentum in the upswings has diminished. 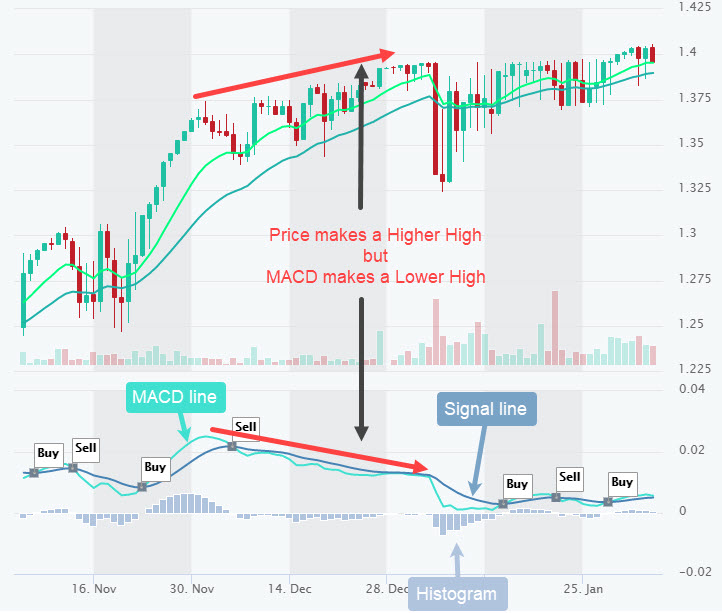 Spotting MACD Divergences can be time consuming as it involves visually examining chart after chart.  altFINS makes this task easier by enabling traders to review as many as 24 coin charts in a single grid.  Just go to Screener, select Charts tab, and change items per page to 6, 12 or 24.

Here’s a video tutorial on how to detect such early momentum change. 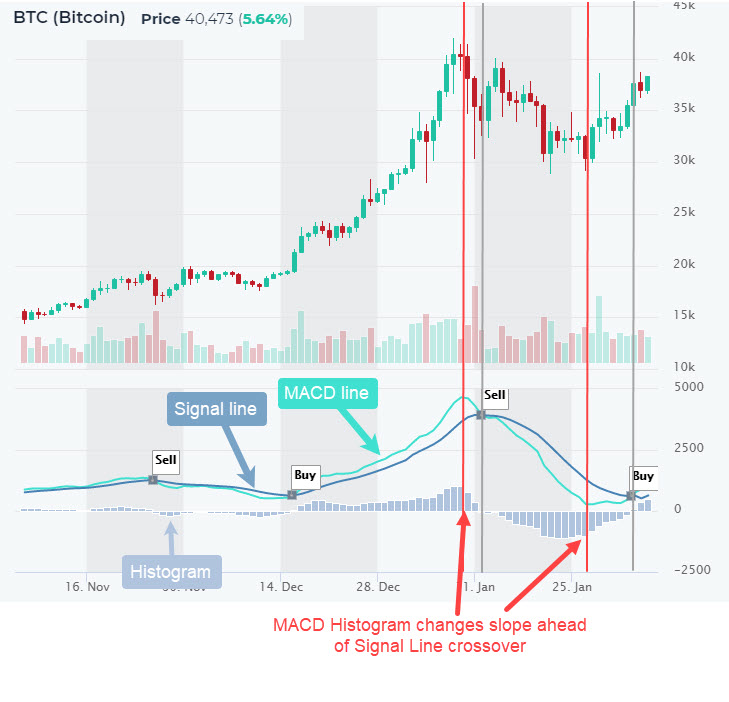