Principle of Polarity is the idea that former support turns into resistance, and former resistance turns into support. It’s an incredibly simple supply and demand concept that many seem to miss, but once the psychology driving polarity is understood, it becomes clear why it’s one of the most important principles in technical analysis.

This is the most widely applicable principle in the field of technical analysis. Many traders even make their living out of trading by relying solely on this principle and nothing else. Surprisingly, the change in polarity principle is also very simple and easy to understand. 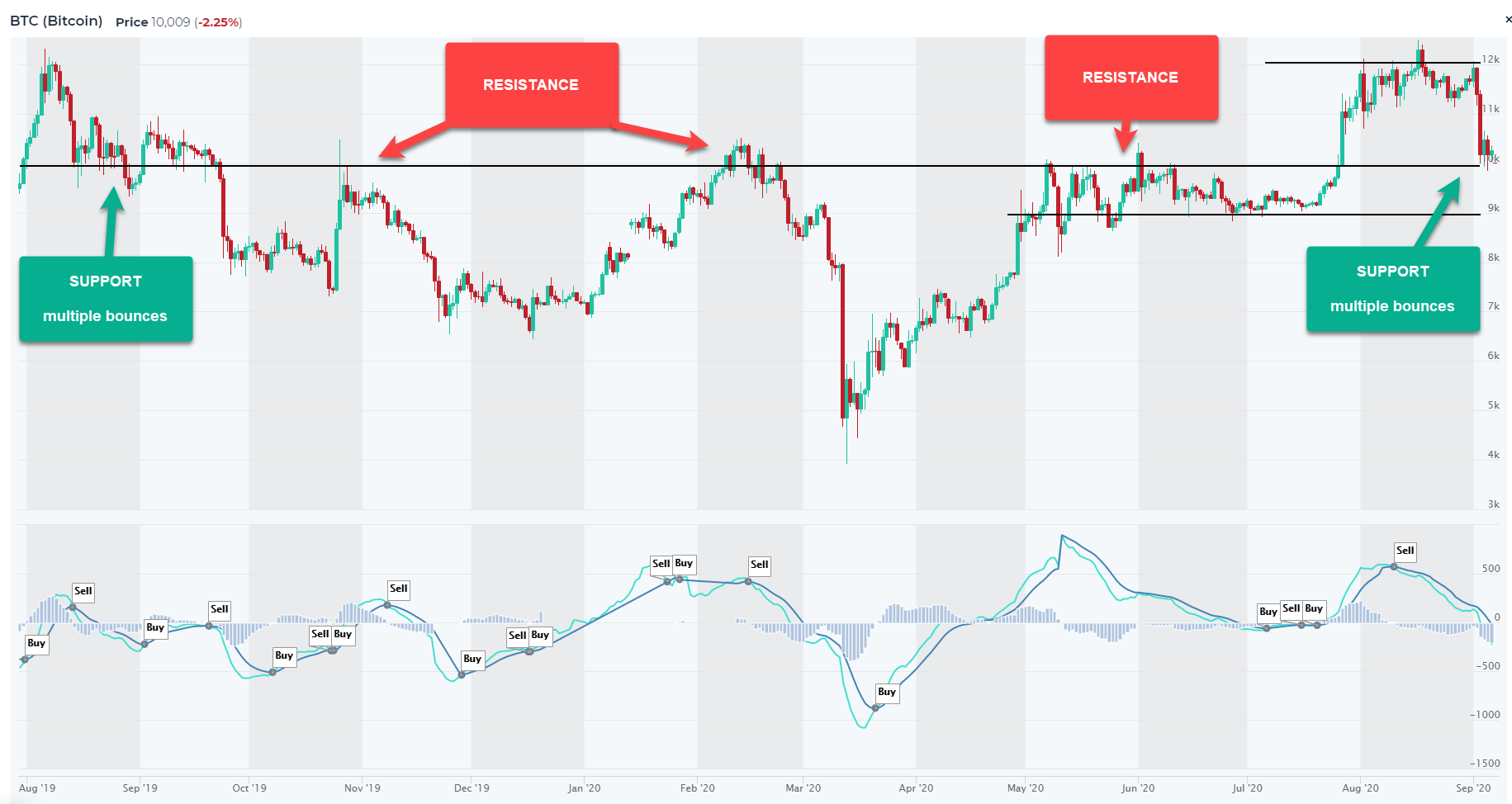 This happens due to a shift in the levels of supply and demand. Whenever a resistance level is breached, it is generally because something fundamental has changed in the market, and the buyers are now willing to pay even higher price than before, and sellers also want to sell at higher prices. This causes the price to rise above the resistance level, and pushes it into new territory.

But when the rally cools-off, and prices approach the former resistance, now support, the market participants remember it as an important level. Ideally, if the change was for real, then the prices should not break below this level into the older territory. Hence, traders start buying at this level. Also, the short-sellers who shorted at higher levels, now begin to cover their position. All this prevents the price from falling further, and causes it to shoot up once again. This way prior resistance level now acts as a support level.

Similarly, a breach of a support level indicates a fundamental change in the market. The buyers are reluctant to buy unless the price falls significantly, and the sellers are ready to sell even at lower prices. Thus the price keeps falling and making lower lows.

When the panic fades and prices begin to climb back to the former support, now resistance, the market participants remember it as an important level. If there was a real change in the market, then ideally the price should not go back above this level. Considering this, those who bought at the lows, now begin to sell and book their profits. Also, the traders begin to form new short positions. Due to this, the price is unable to rise further and drops once again, thus forming a new resistance at the prior support level.