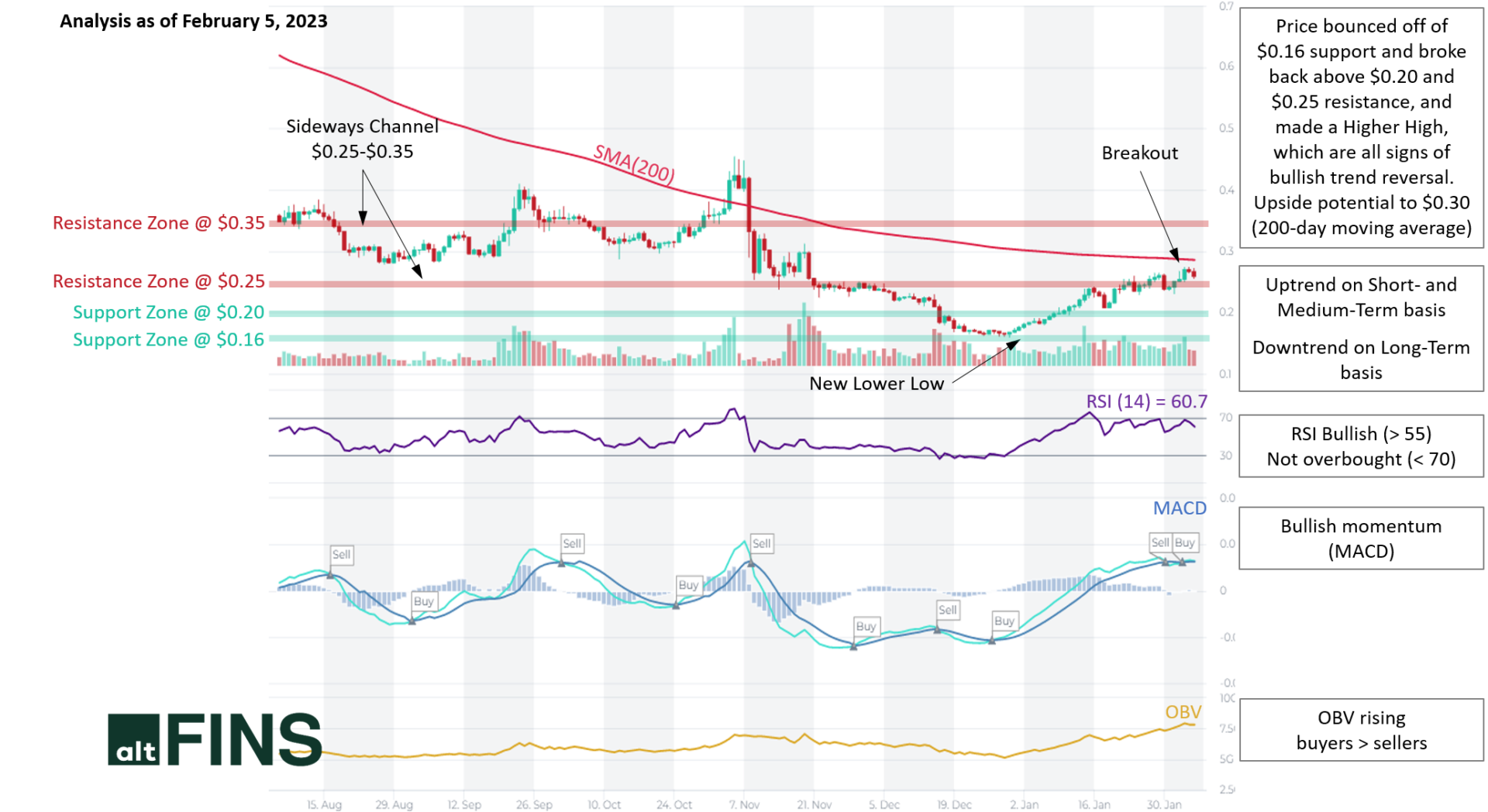 What is Algorand (ALGO)?

Algorand is a scalable, secure, and decentralized digital currency and smart contract platform. Its protocol uses a variation of Proof-of-Stake (PoS) called Pure PoS (PPoS) to secure the network and reach consensus on block production. Unlike other PoS models, PPoS does not reward, nor does it put validator or user funds at risk of being slashed (a loss of funds used to promote honest node and user behavior). Algorand intends to eventually leverage its PPoS design to form the foundation for an on-chain governance system.

Founded by Turing award winner and MIT professor Silvio Micali, Algorand is a permissionless pure proof-of-stake blockchain protocol. Unlike first-generation consensus mechanisms, Algorand’s technology finalizes blocks in seconds and aims to provide immediate transaction finality while preventing forks. Algorand does also not reward validators with newly minted tokens. With a focus on developers and their needs, Algorand’s node repository has been open sourced and is publicly available. Algorand provides a robust set of developer tools, dApp analytics through a partnership with Flipside Crypto, and has a number of partners building on its blockchain, including OTOY, Syncsort, TOP Networks, Asset Block and more.

Algorand utilizes a Pure Proof of Stake, where validators are not rewarded nor are they at risk of being slashed. It becomes impossible for the minority to cheat and irrational for the majority to cheat the system as it would devalue their holdings. There is also no locking of tokens so a user has their tokens available at all times. Blocks are created in two phases where a single token is selected randomly and its owner proposes the next block. Subsequently, 1000 random tokens are selected with their owners then approving the block proposed by the first user. These phases are ensured by the core protocol called Binary Byzantine Agreement, or Byzantine Agreement ★ (‘Star’), encompassing the following advancements: Cryptographic sortition (self-selection) To prevent an adversary from targeting committee members, BA★ uses verifiable random functions (VRFs) to randomly select committee members in a private and non-interactive way. Participant replaceability. BA★ mitigates adversary targeting a committee member by requiring committee members to speak just once, thus becoming irrelevant to BA★. Experimental results running on 1,000 Amazon EC2 VMs demonstrate that Algorand can confirm a 1 MByte block of transactions in ~22 seconds with 50,000 users, latency remains nearly constant when scaling to half a million users, it achieves 125X the transaction throughput of Bitcoin, and that Algorand achieves acceptable latency even in the presence of actively malicious users. A test network for the protocol was launched in July 2018, and the first open-source code was released on Github in October 2018. As such, Algorand encourages anyone to audit its version of the VRF, forked and extended from the widely popular libsodium cryptographic library.

The Algorand blockchain has a native cryptocurrency, called the Algo, to incentivize network participation and power transactions or state changes. Users can stake their ALGO in exchange for inflation rewards by signaling their status in the system as offline or online. The allocation of Algos and how they are being distributed is presented in the Emissions section. The Foundation holds Algos to contribute to the stability of the Algorand blockchain, to incentivize network participation, and to support the Algorand community, ecosystem building, and research. The Algos enter the ecosystem via various channels including development and research grants, participation rewards, and sales. All such activities are disclosed with full transparency to the Algorand community.

Overview Even though the entirety of the supply was minted at the launch of the network, thus giving Algorand a fixed outstanding supply, the liquid supply will inflate as pre-minted tokens unlock and are distributed, as described below. End-user grants are dedicated to open-source developers and community members to help incentivize protocol development and innovation. The ALGOs will be distributed via various programs like hackathons, competitions, and events. There will be a maximum of 10 billion ALGOs in circulation (minus the 20.5 million burned ALGOs from the inaugural auction early redemption program in Aug. 2019 as well as the 5 million burned Algos from the final auction redemption window in Jul. 2020). The ALGOs will be introduced into the network over time as follows: Estimated ALGOs to be injected into circulation (initially via auction, distributed over time) – 2.5 billion Estimated participation rewards (distributed over time) – 1.9 billion Early relay node runners (distributed over time) – 3.1 billion Algorand, Inc. – 2.0 billion Algorand Foundation – 0.5 billion Auction refund program In Aug. 2019, Algorand offered auction investors the opportunity to receive a 90% refund on their purchased tokens. Investor returns totaled $19.9 million tokens, which constituted almost 80% of the original auction supply. The Algorand Foundation later burned these ALGOs as well as the 609,343.1208 AGLOs that address received as participation rewards (aka inflation), permanently removing them from circulation. In Jun. 2020, the 2019 Algo auction participants who did not avail of the early redemption window in Aug. 2019 qualified to opt for a second and final Auction redemption window. Investor returns totaled five million ALGO. As occurred during the optional early redemption in August 2019, all Algos returned via this refund mechanism were burned (permanently taken out of circulation). Relay node accelerated vesting On Sep. 30th, 2019, relay nodes voted in favor of delaying their ALGO payouts, which would allow Algorand and relay node operators to discuss potential modifications to the rewards schedule. Algorand investors USV and Pillar offered support for a new, elongated vesting schedule since the ALGO supply growth at the time was “too large relative to the state of adoption.” Relay nodes opted to delay their ALGO rewards twice more until the network passed EIP-11252019AF, which extended the vesting plan from two years to five years, meaning payouts would complete by the end of 2024. But this new schedule rewarded relay nodes by increasing their share of the ALGO supply by 25% and offered an accelerated vesting schedule should the price of ALGO reach specific targets. Unvested tokens dedicated to relay nodes will now vest according to the following guaranteed base vesting schedule: Year 1 (2020) 3% (for a total of 17%, as relay nodes had already received 14% of their total share at this point) Year 2 (2021), 8% (for a total of 25%) Year 3 (2022), 25% (for a total of 50%) Year 4 (2023), 35% (for a total of 85%) Year 5 (2024), 40% (for a total of 125%) Although this schedule can accelerate depending on the 30-day moving average of AGLO price, Algorand used the base vesting schedule to determine the supply curve.