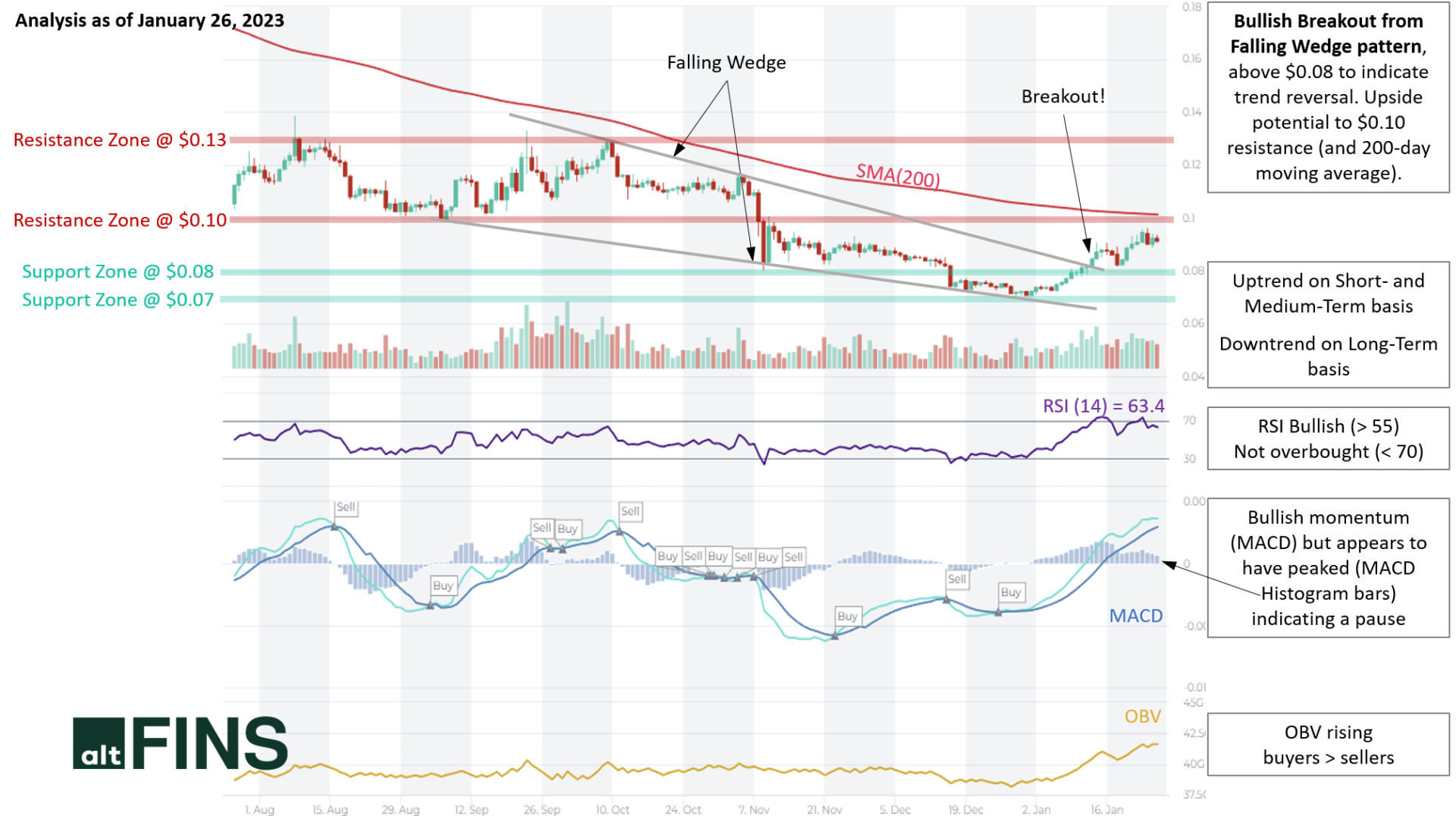 What is Stellar (XLM)?

Stellar is an open-source payments network that serves as a distributed intermediary blockchain for global financial systems and circulates a native asset, Stellar Lumens (XLM). The Stellar blockchain allows anyone to issue new assets in the network and exchange for other assets via built-in asset exchange features. Assets on Stellar are issued and redeemed by anchors, who are trusted entities that issue digital credits on the Stellar network in exchange for deposits of the asset with the trusted entity. Anchors enable real world assets to be exchanged on Stellar by leveraging a distributed exchange that maintains an order book for every asset pair. Stellar supports the issuance of any type of asset including stocks, currencies, cryptoassets and more.

After leaving Ripple in 2013 due to internal conflicts over vision, Jed McCaleb, along with partner Joyce Kim, forked the Ripple protocol and launched the Stellar project in 2014. With the creation of the non-for profit Stellar Development Foundation (SDF), the team aimed to “promote global financial access, literacy, and inclusion…and create an open and affordable financial system where people of all income levels can access simple-to-use, secure, and low cost financial services.” The Stellar Development Foundation was created in collaboration with Stripe CEO Patrick Collison. Stripe invested $3 million in seed funding and received 2 billion Stellar Lumens (XLM) in exchange.

At launch the network generated 100 billion XLM and featured a 1% annual issuance rate. In 2015, Stellar redesigned its consensus protocol following a ledger fork in 2014 that rolled back hours of transactions. It’s new and current consensus protocol called “Stellar Consensus Protocol” was developed by Stanford professor David Mazières, chief scientist of the SDF.

In 2017, Jed McCaleb and Brit Yonge launched Lightyear as a for-profit entity of Stellar, that would build a universal payment network on Stellar. In 2017, Stellar announced a grants program that would award partners up to $2 million worth of Lumens for project development. In October 2019 Stellar removed the 1% annual issuance rate from the Stellar protocol stating that it was not benefiting the projects building on Stellar. In November 2019, the Stellar Development Foundation announced it burned more than 55 billion XLM (~55%) tokens as it moves away from airdrop programs.

Previously the foundation had retained 68 billion XLM earmarked for giveaways in order to grow the community. Citing a declining utility from airdrops, the SDF burned 50 billion of those tokens along with 5 billion of the 17 billion previously held in its operating fund. The burn reduced the total supply to 50 billion XLM of which SDF’s ownership of the total dropped from XLM supply from 85% to 60%.

The Stellar blockchain consensus mechanism is called Stellar Consensus Protocol (SCP), an implementation of the Federated Byzantine Agreement (FBA). The FBA is a fairly new consensus mechanism pioneered by Ripple. The SCP is the first provable safe FBA blockchain protocol. An FBA allows nodes to choose which peers the trust based on intrinsic or extrinsic factors set by the nodes. This dynamic creates network-wide quorums as individual nodes relay and verify network activity information. FBAs rely on “quorum slices” to reach consensus—subsets of a quorum that can convince an individual node to agree with the “slice.” Stellar nodes can choose their own quorum slices.

To attack the Stellar network, a reputable institution would need to control 51% or more of the network’s trusted nodes. Stellar disinventivizes this by financial rewarding honest actors in the network via fees and other rewards. Stellar also adds an element of reputation and social identity by keeping network actors as known entities, which incentivizes financial institutions to maintain the trust of their peers.

Some of these trusted financial institutions are called Anchors, a crucial part of the Stellar blockchain network. Anchors maintain wallets with fiat and XLM balances to allow currency exchange. Anchors control the fees they charge for network peers to use their services, and users can pick which anchor manages their exchanges. The Stellar blockchain also supports launching native assets similar to issuing tokens on Ethereum. Compared to Ethereum, Stellar aims to offer faster transactions and lower network fees. All assets on the Stellar blockchain are not traded only by exchanging credits across between accounts in the network that are managed by anchors.

New Lumens were added to the network at a rate of 1% each year. Each week, the protocol would distribute these Lumens to any account that receives over 0.05% of the “votes” from other accounts in the network. Given the very high supply concentration within the SDF treasury addresses due to the inefficiency of the distribution mechanisms, the SDF would receive over 95% of the votes, and thus 95% of the built-in inflation, increasing its operational budget by more than 4 billion XLM thanks to this built-in inflation mechanism. In October 2019 Stellar removed the 1% annual issuance rate from the Stellar protocol stating that it was not benefiting the projects building on Stellar. 2017 Inflation Exploit From January to April 2017, Stellar suffered a serious inflation bug, discovered in 2019 by Messari. The bug was exploited, significantly inflationary, and patched with little publicity in April 2017. The attacker was able to create over 2.2 billion Lumens worth nearly $10 million at the time. Once it discovered and patched the bug, the SDF destroyed the equivalent number of coins that were created through the bug. Nevertheless, the XLM burned to offset the inflation bug came from the Direct Sing-up program allocation. As such, the SDF burnt supply that was meant to be distributed to the crowd to offset an inflation bug that was exploited by an attacker.

Stellar Consensus Protocol (SCP) is a modified version of Federated Byzantine Agreement (FBA). In an FBA system, there are quorums and quorum slices. Quorum is a set of nodes sufficient to reach agreement. Given that an FBA system is open participation, meaning that participants can join and leave as they please, it is impossible for the system to know how many nodes are sufficient for quorum without knowing the identities and amounts of nodes in the system. Thus, FBA introduces a concept of quorum slices nodes. A quorum slice is a subset of a quorum that can convince one particular node about agreement.

In an FBA system nodes broadcast and individually determine which quorums slices to trust, and build their own quorum based on the information they have at hand. In FBA systems it is crucial that these quoroms overlap to ensure the network reaches consensus. Ripple for example, provides a list of trusted validators to use in order ensure there is overlap when participating in the Ripple Consensus Protocol (RCP).

Consensus in FBA systems is reached through a multi round process where validators share ledger candidates between each other, adding and subtracting transactions until their candidate proposals match what their validators in their quorom slice proposed. Once a supermajority is reached, each server independently computes a new ledger hash from the agreed-upon set of transactions and compares results. Once a super majority of validators agree upon the hash of the new ledger candidate, the ledger candidate is considered final. SCP differentiates itself from RCP in that validators can choose their own quorom slices rather than using a pre-defined one (from Ripple). Furthermore, rather than relying on a super majority of nodes for consensus SCP introduces notions of validator quality, where validators are weighted based on trustworthiness and reliability, and validator grouping, where validators are grouped by organization. SCP posit these additions allow for stronger quorums.