Trade setup: Bounced off of $6.00 support and broke back above $7.50 resistance. Trends have improved to Uptrend now, however, price is up against another resistance area (200-day moving average) around $8.40. If it breaks above that, could revisit $10 next. (set a price alert). 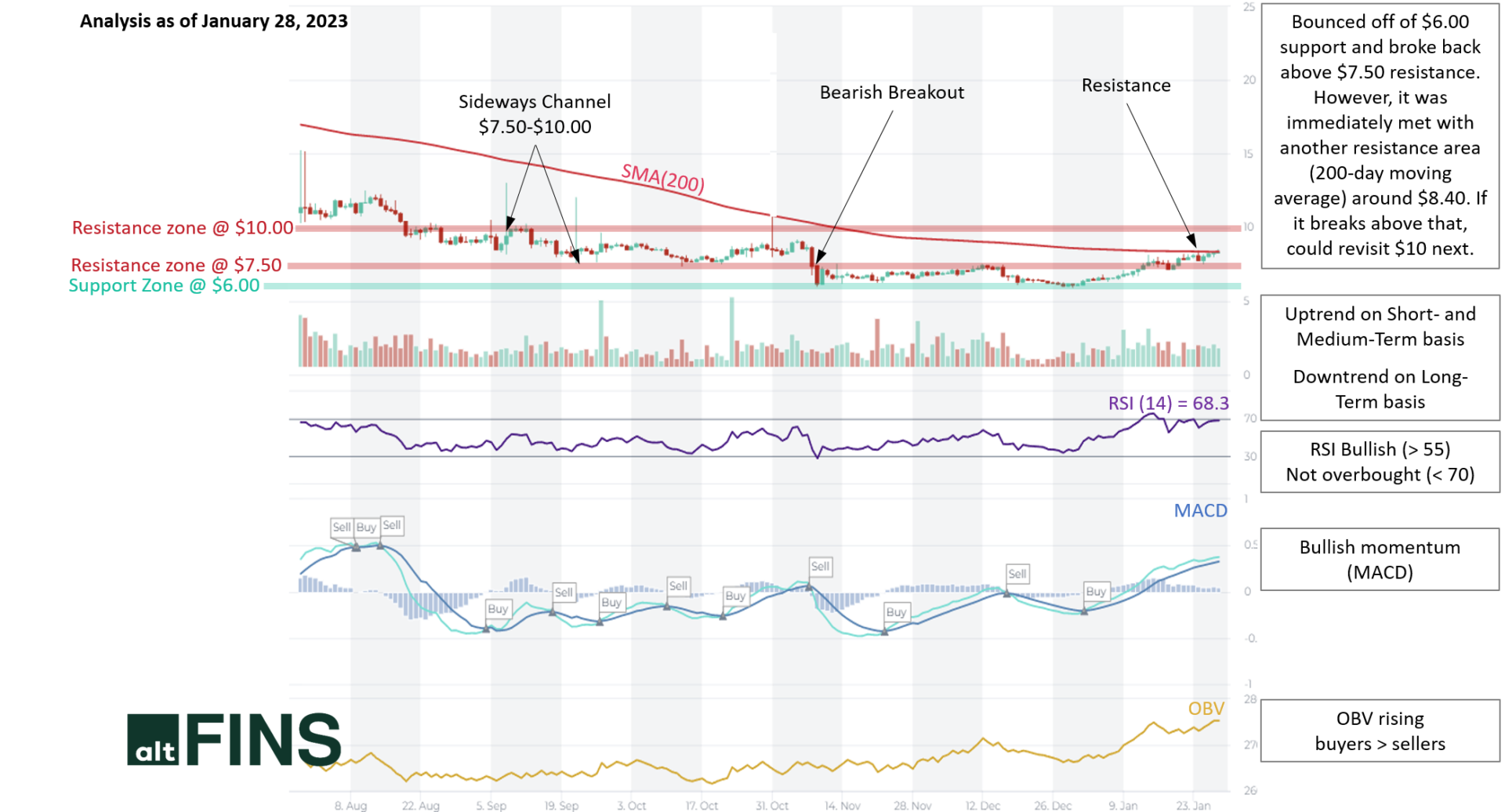 EOS community halts payments worth $250 million in EOS to Block.one and Brock Pierce

Neo (NEO) To Re-Shape Governance in N3 Version, Here’s How.

NEO, originally named Antshares and sometimes called the “Chinese Ethereum”, is China’s first open-source blockchain platform developed to facilitate the easy construction of a digital economy complete with digital identities, assets, contracts, and payments. Founders Da Hongfei and Erik Zhang aim to offer a more-easily scalable, versatile platform that supports a panoply of programming languages, which are compiled in a secure executable environment called NEO Virtual Machine (NeoVM). It aims to compete with Ethereum and other projects that position themselves as developer-friendly decentralized protocols to launch a strong foundation for a future digitized “smart” economy. It also aims to implement features like quantum-computing resistance and inter-chain operability for the most competitive a distributed “smart economy” network.

NEO’s virtual machine code compiler is designed to support a sizable list of languages including: C#, Java, C, C++, GO, JavaScript, Python, and Ruby. NeoVM is a lightweight, general-purpose virtual machine that is intended to support small programs (e.g. smart contracts) or can be ported into non-blockchain systems. NEO’s goals of cross-chain interchangeability features come from NeoX, a protocol that supports cross-chain asset exchange and distributed transactions, which is to say it aims for consistency and executability of transactions across multiple protocols. For its consensus mechanism, it relies on delegated Byzantine Fault Tolerance (dBFT), which can support up to 10,000 transactions per second. Validating nodes are randomly selected to confirm on-chain transactions by a collective of book-keeping nodes, which mimics the consensus mechanism of protocols like Stellar in some ways. Chain hard forks are more more complicated under dBFT consensus than Proof of Work (PoW), for example. Users cannot fork the chain at will like under PoW consensus since dBFT requires a two-thirds user majority to operate. It also supports two native tokens: NEO and NeoGas (GAS). NEO is a payments token that also confers governance rights over the network’s changes and development. GAS is a fuel token for the NEO virtual machine useful for executing smart contracts and supporting applications built on it.

NEO’s outstanding supply is fixed. The liquid supply increase displayed on the curve is the consequence of the vesting schedules detailed in the Launch section. Validators are incentivized through rewards in NEO GAS, NEO’s secondary token.