Bitcoin picked up steam after consolidating for a few days following a breakout from a symmetrical triangle and is now closing in on $12K resistance. Moving averages are trending upwards, which gives BTC an edge, because its supports are rising, currently at $11K. RSI is overbought at 72.87.  Also, be wary of a potential divergence, as BTC price is higher but RSI is not making new highs – RSI after break-out was around 74. This may mean that taking out 12K will not be an easy task.

We are highlighting ETH (Ethereum) again in this strategy, because it has pulled back again and it is beautifully respecting its SMA(100) support. Uptrend is still intact and sooner or later it will test resistance at 400 and with RSI only at 60s, it has the potential to finally break this barrier. 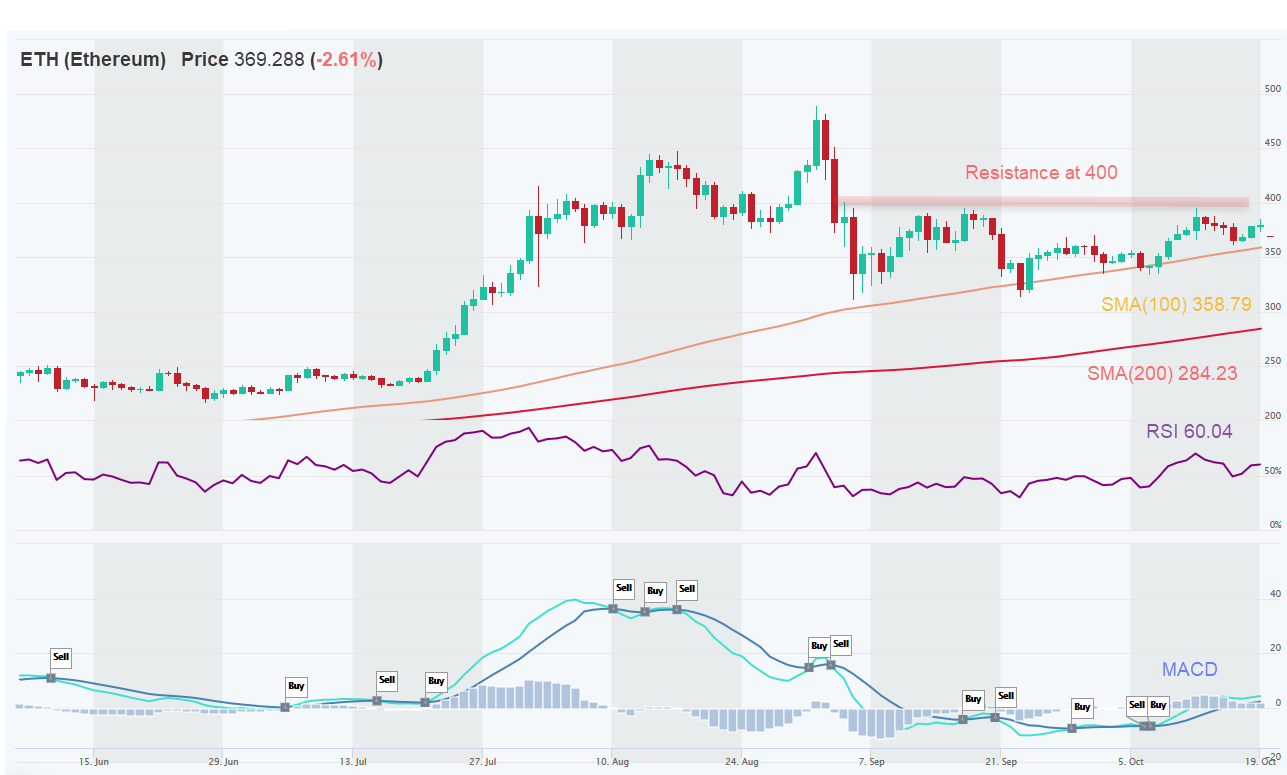 ADX is interesting, because it has just printed a fresh MACD buy signal. It is also trading near SMA(100) support, which the coin has respected almost perfectly. With RSI still having steam to run, perhaps the coin has a shot to tackle the resistance at 0.30

In this strategy, we highlight price action of MKR (Maker). It has also just printed fresh MACD buy signal, while being at SMA(100) support. SMA(100) support was wobbly lately, but SMA(200) support was always respected, so there is limited downside risk. With RSI still in 50s, MKR has a decent chance to tackle and potentially take out resistance at 600. 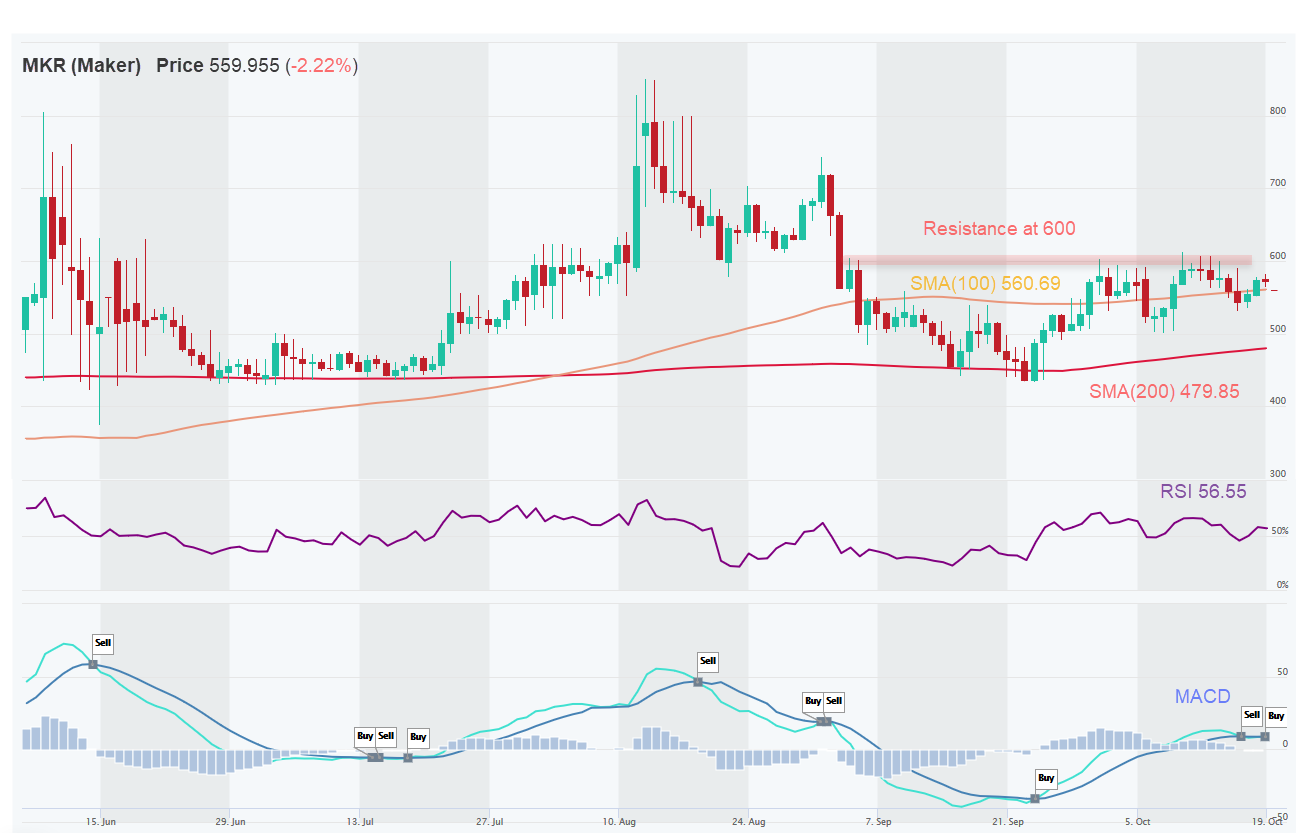 In this strategy we highlight price action of NEM. Since early September it is ranging between 0.125 and 0.1. SMA(100) is coming close to 0.1, which may act as another bounce towards 0.125 area. RSI is also beginning to be oversold, which increases the probability of a bounce from these levels.

This week, DGB (DigiByte) caught our interest, not only it is oversold on RSI, STOCH, but it is finally approaching SMA(200) support, which can breathe new life into the coin and perhaps bounce it towards SMA(100) resistance and beyond.