Last week was positive for altcoins, with many closing in the green for the week.  It coincided with a breakout in Bitcoin (BTC) price, which was boosted by several catalysts (Square allocating $50M to Bitcoin, Trump returning to office, and USD weakening).   BTC broke out of its $10K-$11K range (and symmetrical triangle), which turned the $11K from resistance into support zone now.  This switch is known as Polarity principal in technical analysis (read more here).  The next resistance zone is around $12K. 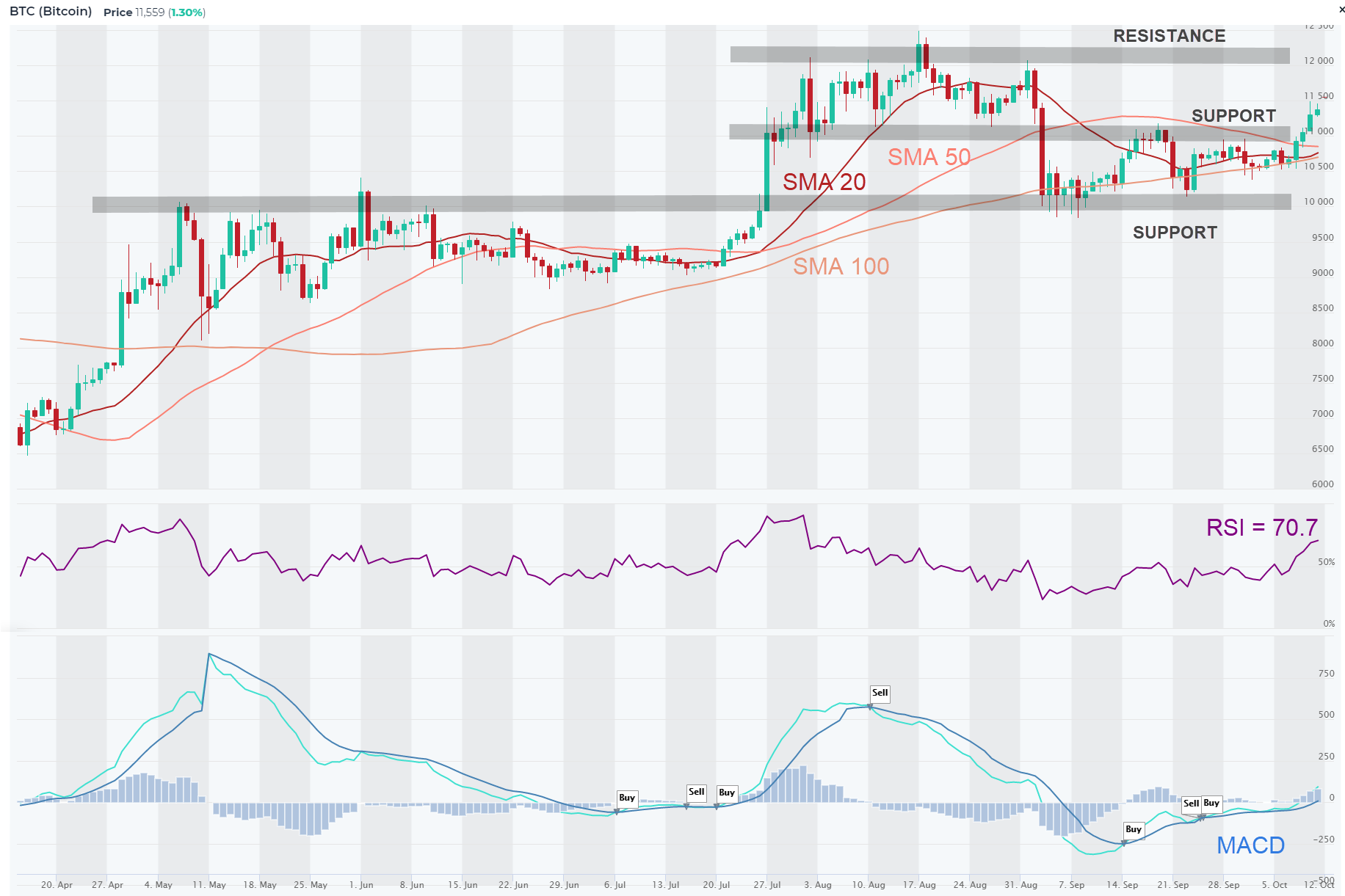 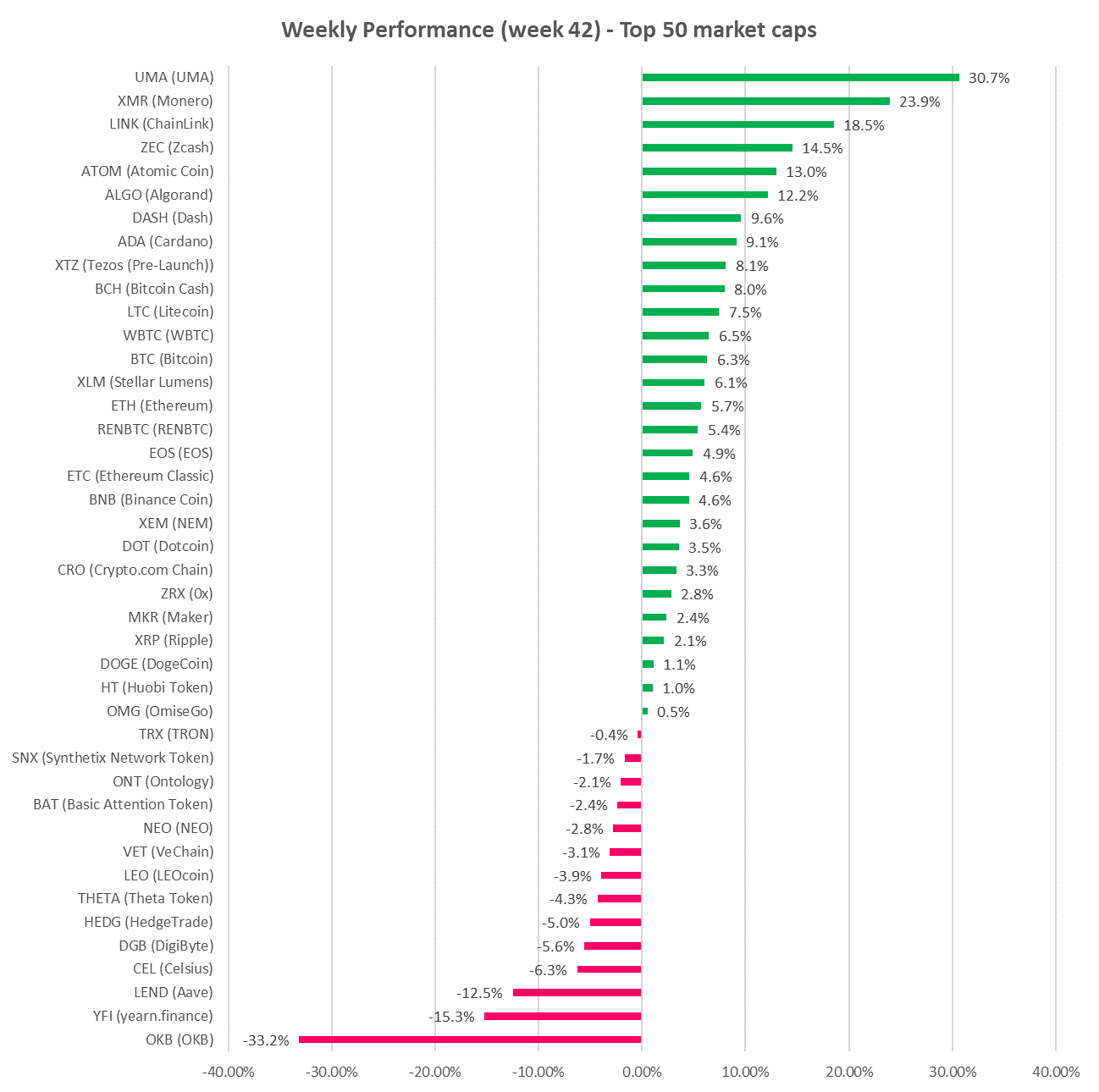 Among the biggest gainers last week (coins > $50M market cap) were Republic Protocol (REN), UMA (UMA), and Kava.io (KAVA), three coins in DeFi category that shot up in August and got destroyed in September.

However, not all DeFi names are in the clear yet.  Couple of DeFi darlings, SushiSwap (SUSHI) and yearn.finance (YFI), had another bad week after being down ~30% in prior week.

Also solid gains were posted by Storj (STORJ) and Monero (XMR), which were featured in our blog last week (read here and here) as coins with bullish momentum. 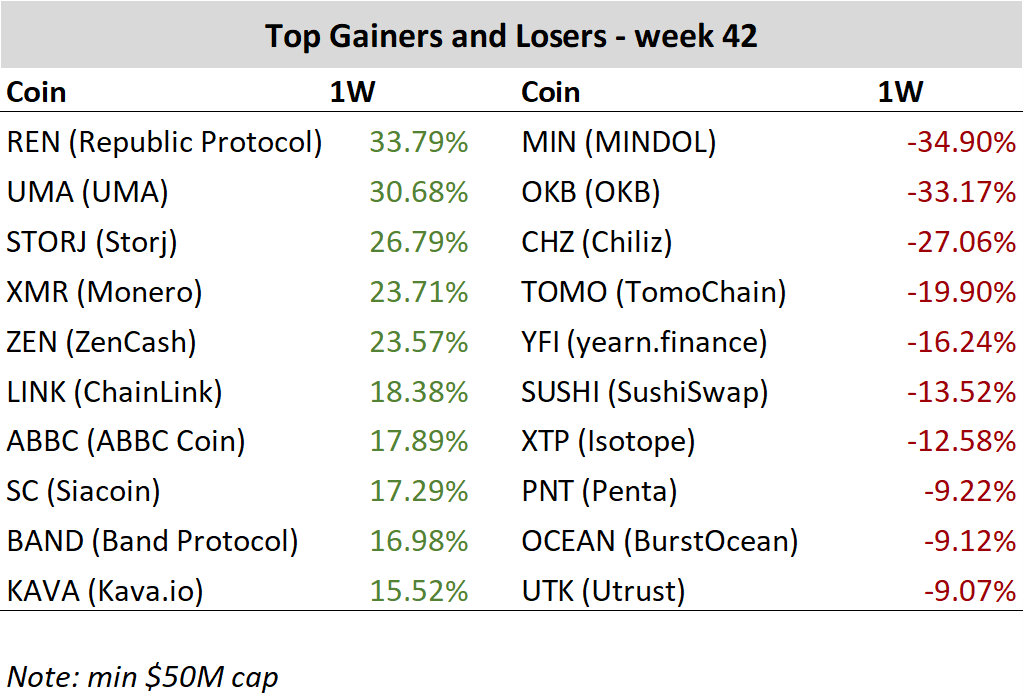 More assets (6:1) are in a downtrend than uptrend, but that’s an improvement over the last week.  Particularly, short term trends for altcoins have improved over the last two weeks, after a major correction experienced in September, which, in turn, was preceded by a spectacular run in 2020.

You can monitor these trends on the Signals Summary page, which also contains shortcuts to strategy screeners. 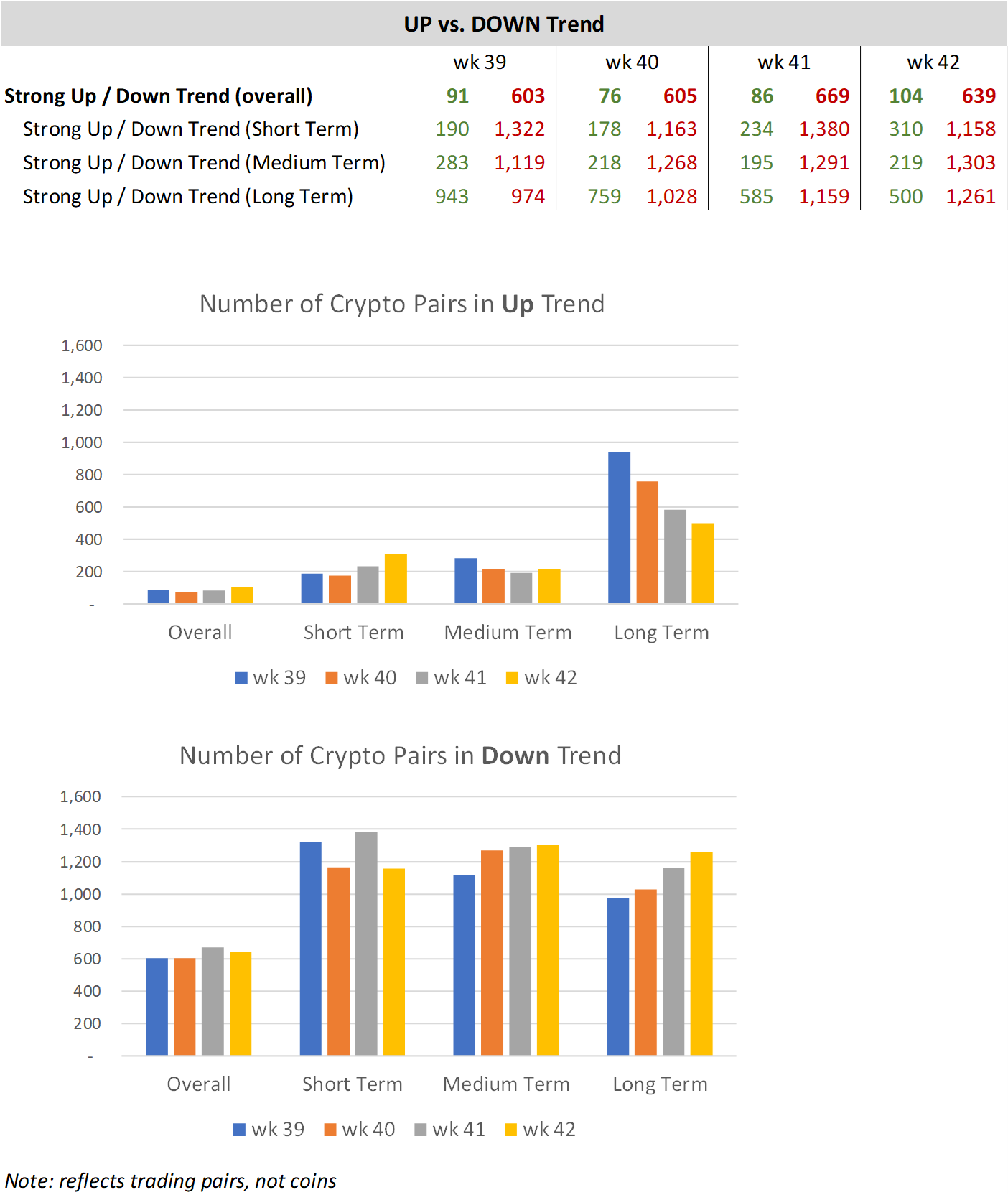